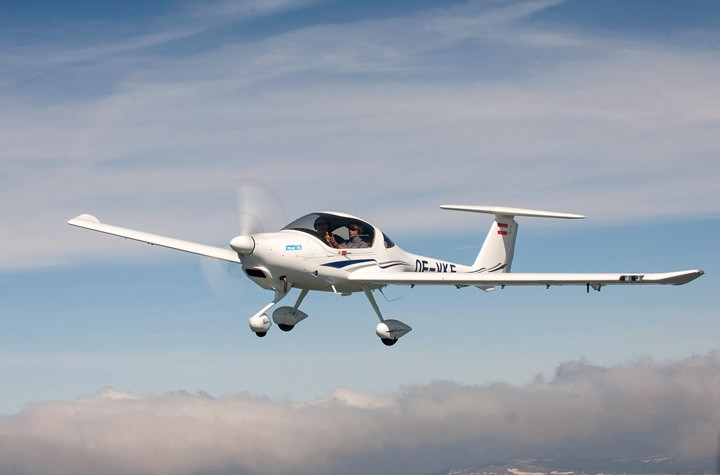 The Diamond DV20/DA20 Katana is a two-seat general aviation light aircraft developed by an Austrian. Diamond Aircraft developed and constructed the DV20, which was first produced in Austria.

The DV20 has a lot of similarities to the Diamond HK36 Super Dimona. It was first put into service in 1993. In order to address the demand for the type in the North American market, the manufacture of the type began in the 1990s at a new facility in Canada. The DA20 is the designation for the aircraft built in Canada. It had moderate success on the market, with over 1,000 aircraft delivered by 2008, and numerous upgraded DA20 derivatives have been created. It has also been evolved into the Diamond DA40 Diamond Star, a four-seater.

Hoffmann Flugzeugbau, a new Austrian firm, was founded in 1981 to become a significant general aviation aircraft builder. During the late 1980s, its management proceeded to aggressively expand its product line while simultaneously changing its name and ownership multiple times, finally becoming Diamond Aircraft. The decision was made to construct a new two-seat aircraft, the DV20 Katana, based on the previous and successful Diamond HK36 Dimona.

The DV20 featured numerous important variations from the Dimona, although sharing most of its architecture and many of its functions. It had a narrower wingspan, flaps, and tricycle landing gear.

Originally manufactured in Austria, Diamond developed a purpose-built plant in London, Ontario, Canada, in the early 1990s to manufacture the DV20, which was later renamed the DA20. The DA20 was substantially redesigned to compete on the competitive general aviation market in the area, with roughly 40 specific modifications.

According to aerospace newspaper Flight International, the decision to move manufacturing to Canada was made to accommodate the demand for such an aircraft in the large North American market; in addition, the company already regarded its hold on the European general aircraft market solid. The first Diamond aircraft offered for sale in North America was the DA20, a Rotax 912-powered A1 aircraft, which was built in 1994. 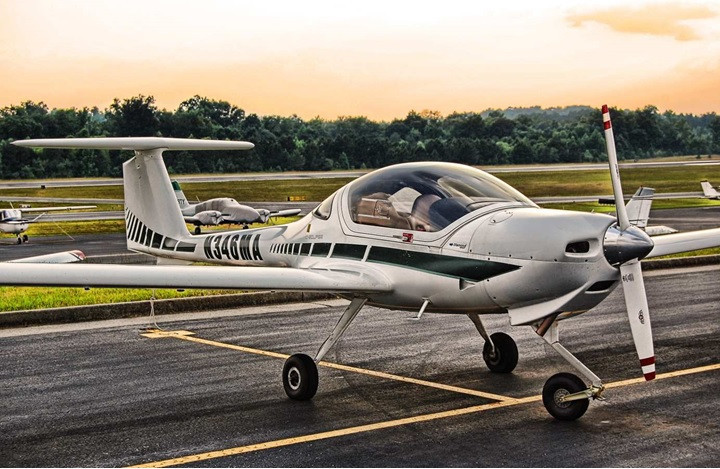 The Diamond DA20 Katana is a cantilever monoplane with a low wing that is widely used as a low-cost two-seat training aircraft. According to Flight International, it has been regarded as rather unusual among trainers, as it employs a design that heavily incorporates the manufacturer’s previous glider products. The Katana’s relative ease of handling and quick controls make it ideal for training. It has been touted as having far lower related fuel and maintenance expenses of operation than standard trainer aircraft, while both are providing favourable flying characteristics and the essential range for trainees to acquire experience with. For a while, the Katana was the only two-seat composite training aircraft available that was both affordable and included cutting-edge technology, giving it a distinct market niche.

In DV20, the wings have washout, which causes the wing roots to stall ahead of the wingtips, resulting in the ailerons being fully functional long after the primary stall condition has occurred. Other adverse flight circumstances are frequently avoided, such as wing drop, which may be caused by extended and excessive elevator application during a steep ascending turn and can be corrected by releasing backpressure. Control forces are well-balanced throughout all regimes, which purportedly minimizes the frequency with which control surfaces must be trimmed. The elevators and ailerons, two of the three flight control surfaces, are activated by pushrods, while cables control the rudder.

The Continental O-240 piston engine powers the Katana C, whereas the Rotax 912 powers the previous “A” variant. Standard automotive gasoline has been certified for use with Rotax engine variants, and automotive-grade oil Mobil is also suggested for use as a lubricant. In the case of a coolant leak, the Rotax engine may ‘dry run’ for up to 2 hours without causing any harm if operated at or below 56 per cent power. The aircraft’s constant-speed propeller has composite blades and is hydraulically activated. In the case of a collision with an obstruction, a special clutch system instantly disconnects the propeller from the engine. 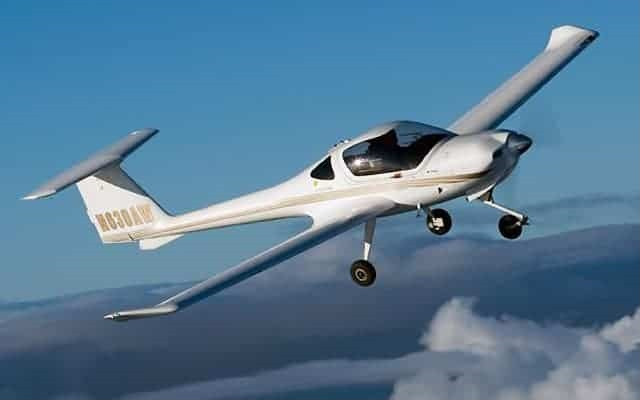 The Diamond Aircraft DV20 ‘Katana’ is a low-wing, two-seat, single-engine piston plane that has been hailed as a prominent light training aircraft by many, including the United States Air Force Academy.

Based on the HK36 Super Dimona motor glider, this award-winning light aircraft flew for the first time in 1991 and was publicly presented during the 1993 Paris Air Show. Diamond constructed a second factory in Canada shortly after, dubbed the DA20, to accommodate increased demand in the North American market.

Katana’s remarkable performance, durability, economy, and efficiency are key factors in its civil and military training success. The plane’s simple handling and responsive controls imply more air time for trainees and private fliers, which is made even more delightful by the plane’s significantly reduced fuel and maintenance expenses.

Diamond’s attitude while designing the plane was simple: deliver unrivalled performance while avoiding direct rivalry with other manufacturers. The DV20/DA20 has numerous unique characteristics, including all-composite construction, a T-tail configuration, and a castering nosewheel – not to mention a low-wing design and one-piece Plexiglass bubble canopy that provide great sight and make pilots feel one with the sky.

Embry-Riddle Aeronautical University gave the Academy Flying Screening (AFS) program on DA20-C1 Falcons, which were specially ordered with slightly reduced fuel tanks to save weight and primary flight instruments on the right side of the aircraft. At the Academy, Embry-Riddle had a fleet of DA-20s. In 2007, the AFS program came to an end.

Potential USAF pilots, Combat Systems Officers, and RPA pilots who do not hold a private pilot’s license must complete the Doss screening program and spend time in the DA20 before beginning their respective training programs.

That was the story of Diamond DV20! What’s your experience with this aircraft? Feel free to share your thoughts in the comments below; I’ll read and return to you!