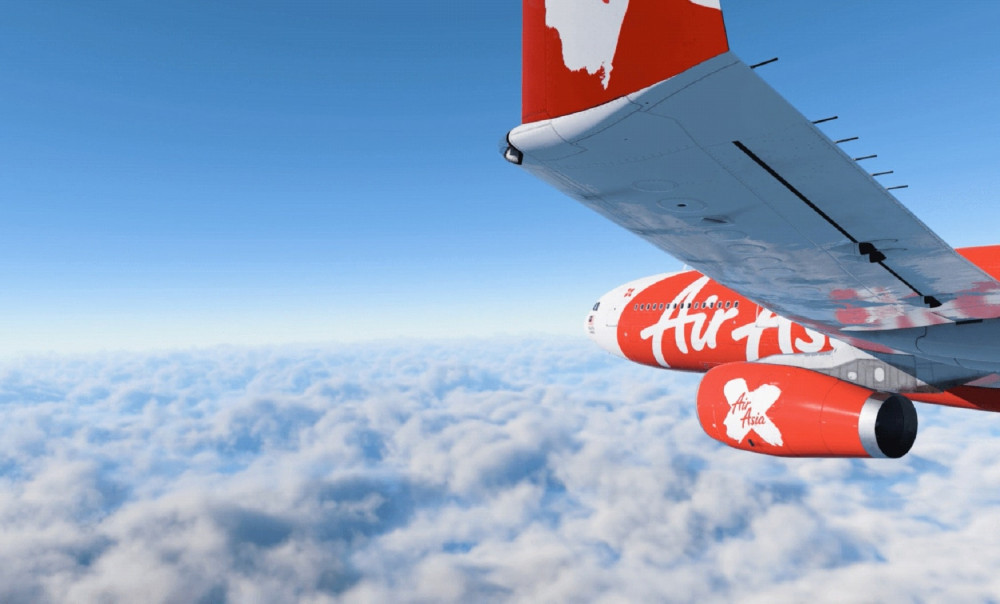 Laminar Research is producing and developing the future professional flight simulator known as X-Plane 12. On September 25th, 2021, during FlightSimExpo 2021, X-Plane 12 was unveiled. There is no specific date for the release of X-Plane 12 as of yet. It will first be made available for testing by developers before going into an “Early Access” phase.

With X-Plane 12, you may enjoy new cloud systems, water systems with 3D waves, ambient sound engines with the sounds of cars, birds, rain, and wind, autogen engines for buildings and seaports, and 3D forest engines with Seasons. For programmers, X-Plane 12 supports FMOD 2.0, making it more straightforward for independent programmers and sound designers.

The base installation of the simulator comprises multiple aircraft of various types and sizes without additional cost.

Additional aircraft can be purchased as payware from Aerosoft, the official distributor, as 3rd party installs from a variety of internet merchants, or as free content, primarily via X-Plane.org.

Inclusion of the Airbus A330: 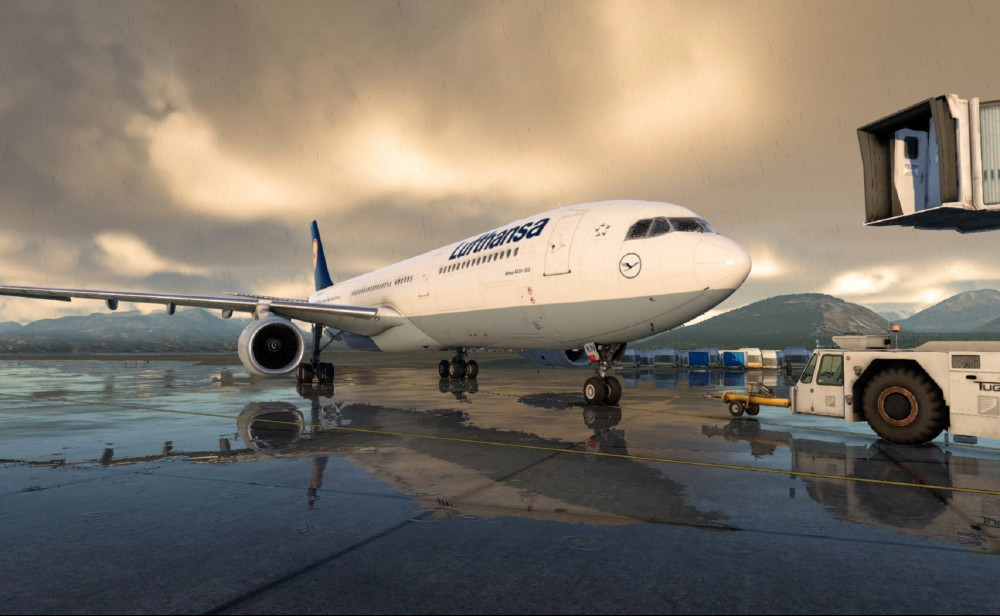 The Airbus A330 will be the first large aircraft to use direct, unfiltered input from the operator instead of crank-and-pulley flight controls, which allow for severe manoeuvres. The Airbus A330 won’t use a fully fly-by-wire architecture; rather, it will adhere to all of the regular law restrictions that are part of the Airbus design and take action to prevent situations like excessive G-loading, over banking, pitching outside of the design parameters, and overspeeding in the same way that a real aircraft would. Along with the expected thrust modes like Take-Off/Go-Around (TOGA), Flexible Temperature (FLEX), Maximum Continuous Thrust (MCT), and Maximum Climb Thrust, the aircraft also has an auto-throttle system (MCL). The model has an entirely detailed cabin and a lot of external detail.

The hydraulic system will replicate every part of the actual aircraft, including the seven pumps arranged throughout the three hydraulic loops (green, blue, and yellow). Realistic reversion to the backup loop will result from any primary loop failure, and control system losses will result from pressure losses in both the primary and secondary loops. Failures will be detected by the Electronic Centralized Aircraft Monitor (ECAM) warning guidance system, which will then give the crew procedures to fix the problem. The secondary display page (located on the central bottom display unit) will automatically show the page that corresponds to the stage of flight that is now occurring, such as takeoff, cruise, and landing.

The main landing gear was given special consideration, and the non-linear strut compression has been modelled to take into account the extra downforce that results from the “eagle claw’s” spin during early takeoff. 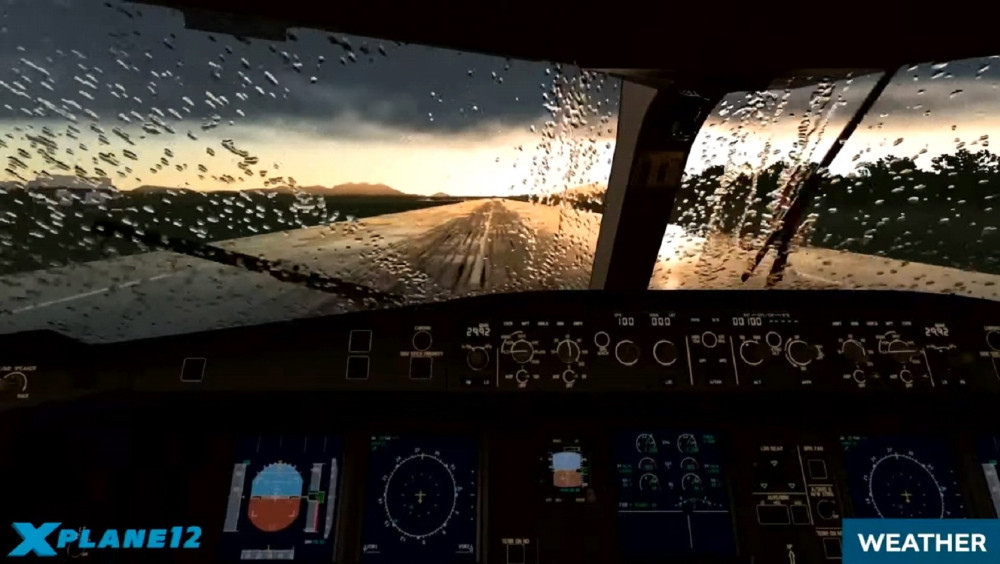 The weather system has undergone a complete makeover. This version of the simulator will use centrally-processed NOAA GLIB data from a Laminar Research global server that spans the globe rather than downloading a sizable number of METARs local to airports. With this modification, the simulator will move from its current hourly report-based slice-of-time approach to a forward-looking approach based on algorithmic predictions. This modification is anticipated to considerably reduce the level of detail in the data, enhance real-time meteorological information in places that haven’t been traditionally underserved, and enable smoother real-time weather transitions in flight.

Clouds were previously represented in the simulator as 2D objects, and in order to replicate 3D effects, several of these objects had to be drawn at once at the expense of the simulator’s performance.

The scenery engine has been improved to dynamically represent the presence of snow and water on the ground. By establishing weather masks within their packages, scenery authors will be able to specify desirable locations for both puddles and snow banks/drifts.

The engineers have integrated the third-party librarian plugin into the simulation engine after learning about its usefulness for simulating rainfall on airplane windscreens. By doing this, the plugin is given access to flight model information like prop wash, jetwash, downwash, and wind shadow, which it can use directly to improve performance and recreate precise refractions in each droplet.

Photometrics is being included in the new lighting system. The engine will be able to specify a light source’s brightness either at the level of each individual bulb (as is typical for aircraft) or as measured from outside the lens that covers the bulb (as is common for airports). The amount of nighttime illumination in airports has been drastically lowered to give the runways and taxiways more naturally gloomy surroundings. In order to make airports look more like an “inky black abyss” when seen from airplane cruise altitudes, the orientation of airport illumination is also being taken into consideration.

Defrosting systems for windows are being modified to enable designers to select the pattern of defrosting for a windscreen. Thus, windscreens will be able to defrost more quickly when they are close to defrosting vents, for instance. Additionally, rendering of water differs from rendering of land, and air scattering is correctly taken into account.

That’s it, and this was the overview of X-plane 12. Actually, we have to wait until it releases officially so we’ll be able to give a better review on the different features of this flight simulator game. However, as far as we know, this is going to be the best version of the x-plane series, and with all those unique features added to the 2022 version, we can expect to see a high-quality Flight Simulator (or even the best version that has been ever released) in the industry.

Feel free to leave your opinions about x-plane 12 in the comments below and let me know what you like and don’t like about this game. Also, you are welcome to ask your questions about x-plane 12 or any other type of Flight Simulators, and I would be more than happy to answer them. I will also try to give an update on this review whenever there’s more information.

Thank you, and see you soon in the next article!