Pro Flight Simulator Review – Should you Buy it? 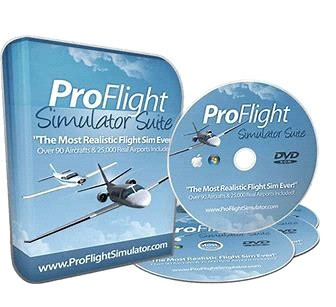 In this highly detailed open-world Flight Simulator, go to the skies in actual aeroplanes. Investigate high-resolution scenery. Take off, fly, and return to the airport safely.

This comprehensive Flight Simulator lets you fly modern fighters like the Fairchild Republic A-10 Thunderbolt II and tourist planes like the Embraer EMB 314 Super Tucano.

The company promoting and branding Pro Flight Simulator has run an intensive social marketing effort, using article techniques to increase their search engine rankings, and has also done regular advertising on various flight simulation websites. In reality, we’ve found that the ads on many websites are reviewing and promoting this product.

You’ll notice that I never say “creating” the product, only “branding,” since that’s exactly what’s going on here: Pro Flight Simulator is essentially a rebranded version of a popular free program called FlightGear which you may have heard of.

The same as many other Flight Simulator games, the Pro Flight Simulator has its own pros and cons. You should keep in mind that FlightGear is an open-source software which means everyone can involve in this software and make his own version.

The following is a quote from the official FlightGear Wiki page on the product:

Under the provisions of the GNU GPL license, which FlightGear is licensed under, reselling is permitted. The greatest difficulty that FlightGear creators have is with pro flight simulators’ deceptive marketing practices, which target unwary customers who aren’t familiar with FlightGear. This is essentially an ethical issue rather than a legal one.

So it appears that Pro Flight Simulator is merely a rebranding of the popular FlightGear software, and although this isn’t legally “illegal,” it is unethical in the circumstances. With their Google page one position for the search “flight simulator,” the creators grab hundreds of “first-time” flight-sim aficionados. Hundreds of “capture” websites have been put up with the purpose of catching searchers and sending them to their website, where they may purchase the merchandise.

They’ve also put up a slew of Twitter accounts that routinely tweet links to their main website – in fact, there’s an advertising and canvassing material everywhere you look. Hundreds of websites, affiliate portals, and even the top page of Google for the search “flying simulator” are controlled by them. 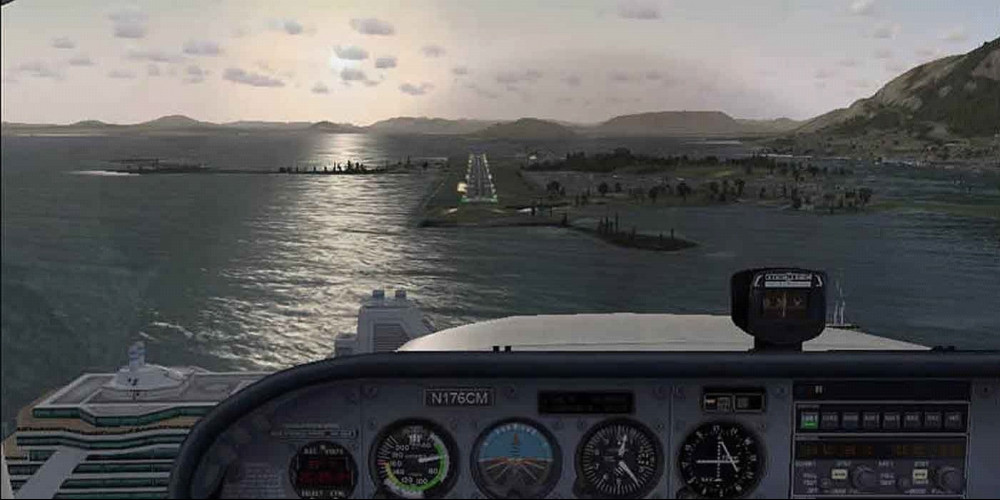 Pro Flight Simulator TM was created with the goal of being as realistic as possible, with real-world scenery based on military mapping and full realistic pilot control.

Investigate The Complete WORLD WITH 100% FREEDOM:

Over 20,000 Real World Airports Pro Flight Simulator™ maps the Whole GLOBE with real MILITARY world information with stunning realism. Choose an aircraft and investigate the skies of the complete worldwide. You’ll fly your chosen plane over The Incredible Divider of China, Europe, Africa, indeed your own house. Our routinely upgraded landscape database is recovered from the US Defense Mapping Office so meaning you’ll continuously be encountering the foremost exact view.

Alternative Preparing Sim For Proficient Pilots Since its beginning, it has been utilized as an elective to the huge flight test systems utilized to prepare proficient pilots. It is certified for commercial utilize and gives equipment and frame-rate checks required for FAA certification. Pro Flight Simulator™ is additionally right now in beta testing organize all overtaking an interest flight schools around the world.

Experience the genuine impacts of climate and wind control on your flying machine because it takes off through gails, wind, rain, snow or indeed lightning. It calculates your closest air terminal and brings the current METAR for that station from the NOAA climate benefit.

You can begin flying with over 120 aircraft that incorporates the 1903 Wright Flyer, Ornithopters, a 747, A320, Boeing 777, Airbus 380, different military planes and a few light singles.

Fly a therapeutic helicopter and arrive on inaccessible snow secured mountain, or how around taking charge with the most recent military Westland Lynx. The choice is yours.

Land at Your Neighborhood Airplane terminal –

Why Not Fly over Your House? 20,000 + genuine world air terminals within the full view set. You’ll fly over your house or indeed your nearby school.

Full ATC Functions The entire ATC-communication from the Door to the Runway, From the Sky to Arrive, From Taxi To Gate, Request clearance for takeoff, takeoff, taxi and more.

The platform frequently upgraded territory database is recovered from the US Defense Mapping Agency. Take off from over 20,000 genuine world air terminals.

**Please note: This post contains affiliate link. Clicking this link after you shop means that the website’s owner receives a small commission, which helps support the blog. Please see my full disclosure for more information.

In total, I think that it’s worth giving Pro Flight Simulator a try. Although it needs improvements on many aspects since it’s not designed by Microsoft’s team, it’s acceptable as an independent experience. I hope you liked and enjoyed reading this article, there’s more to say about Pro Flight Simulator, but I would prefer to finish this post here and, instead of continuing it, ask your opinion about it; do you have experience with Pro Flight Simulator? If so, feel free to share it in the comments below, and I would be happy to read them.

6 thoughts on “Pro Flight Simulator Review – Should you Buy it?”