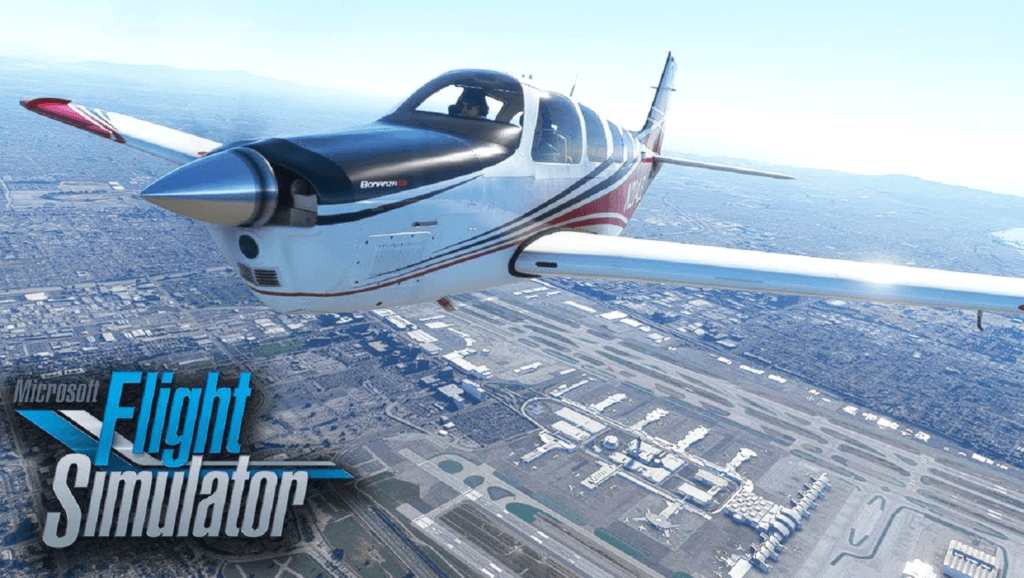 The Beechcraft is an American aircraft that has two engines and propellers. It carries more passengers than Cessna aircraft due to its larger size, and it is faster than the Cessna models.

Microsoft Flight Simulator is the best video game for charting the advancement of PC development. The game has gone through 12 iterations since its initial release in 1982. Each making use of the current technology and gaming trends. The latest version, simply dubbed Microsoft Flight Simulator, not only looks great, but it also uses Microsoft’s satellite images and real-time weather data to deliver the most realistic experience ever. Furthermore, the game is compatible with VR headsets and the Xbox Series X for the first time, allowing it to reach a wider audience.

There are three models for the Beechcraft Bonanza:

⦁ The first one is 33 series (also known as the “Debonair”); it was designed to be a less expensive and less well-equipped variant of the Model 35 and was produced from 1959 to 1973.
⦁ The second one is the Bonanza Model 35 series which was the main series of the aircraft.
⦁ And the last one is the Model 36 series. In short, it was a Model 35 with rear windows and a cabin that was expanded by about 10 inches (25 cm).

Beech Aircraft Company brought the first Beechcraft Bonanza into the postwar civil aviation market at the end of WWII. It was an all-metal model (at a time when most light aircraft were still made of wood and fabric), which was a very fast, low-wing monoplane designed, and it was designed for war-time fighters. With an easy-to-manage, horizontally opposed, six-cylinder engine, a rakishly streamlined shape, retractable undercarriage, and low-wing configuration.

More than 17,000 Bonanzas have been constructed since the first type in 1945. Although we can’t say that it was the most-produced light plane in history, the record of +17,000 is good enough, making it considerable. It lets it continuous production longer than any other plane in history.

The six-seater single-engine (a.k.a G36) entered the family of Beechcraft Bonanza in 2006, carrying on a design tradition noted for dependable performance and heavy-duty construction, as well as superb handling and control feel. However, the model benefits from decades of production and continuous improvement from spinner to tail.

The G36’s most noticeable advancement is that it improves the technology suite of its predecessor, the A36. Thanks to the Garmin G1000 NXi’s integrated flat-panel avionics, managing the flight deck has never been easier. Add in an improved interior with a slew of creature amenities, and the G36 Bonanza provides bizjet-level fit and finish in a rugged utility craft body. A potent combination and a tribute to the line’s ongoing appeal.

What’s included in the Package:

The product can be downloaded from the official website of Microsoft Flight Simulator or included in the Basic Package of MFS. The inclusion of packages below does not imply that they are of high quality or appropriate for use. So always make sure that you do your own research and read the reviews to ensure it’s the right package for you.

Calling Microsoft Flight Simulator only a “game” is unfair and does a disservice in certain respects. There are no bosses to defeat, coins to gather, or “wins” in this game, and it’s more of a simple adventure. The attention to detail is amazing, especially if you have a system that can take advantage of everything. So if you’ve been stuck in your apartment for a while, this is the ideal plague game to get out and explore the world without ever leaving.

OpenXR-compatible headsets, such as the Valve Index, Oculus Rift S, HP Reverb G2, and Oculus Quest with Link, are supported by Microsoft Flight Simulator. Previously, you could join up for a closed VR beta program, which appears to allow you to use any VR headset. Still, you’ll need a processor with an Intel Core i5-8400 or AMD Ryzen 5 1500X, an Nvidia GTX 1080 or similar GPU, and at least 16GB of RAM to take advantage of this feature.

However, the recent version makes the Flight Simulator compatible with various virtual reality headsets, so you have a wide range of choices.

The finest reason to play Microsoft Flight Simulator is to gaze in awe at everything the Earth has to offer. It is both natural and man-made. Simply told, the images are breathtaking. Passing over highways, you can see automobiles and trucks driving with a remarkable lack of traffic – possibly the game’s most ludicrous characteristic.

It’s as close to looking out the window of a real jet as you can get. That is because everything is created from Microsoft’s huge world-mapping database. It’s difficult to picture any corporation other than Google or Apple being able to pull this off. That is what makes MFS a unique experience for all flying lovers.

Did You Know That…

⦁ The 2020 version’s physical edition is comprised of a mind-boggling ten discs.
⦁ Approximately 60% of the Asobo team received their pilot license while working on FS2020.
⦁ Due to the popularity of the 2020 game, several businesses sold out of flying sticks.
⦁ Because of licensing agreements, planes become invisible when you get too close to them. Planes cannot collide, catch fire, or collide with one another.
⦁ There is a 14-year gap between Microsoft Flight Simulator X and the 2020 version. 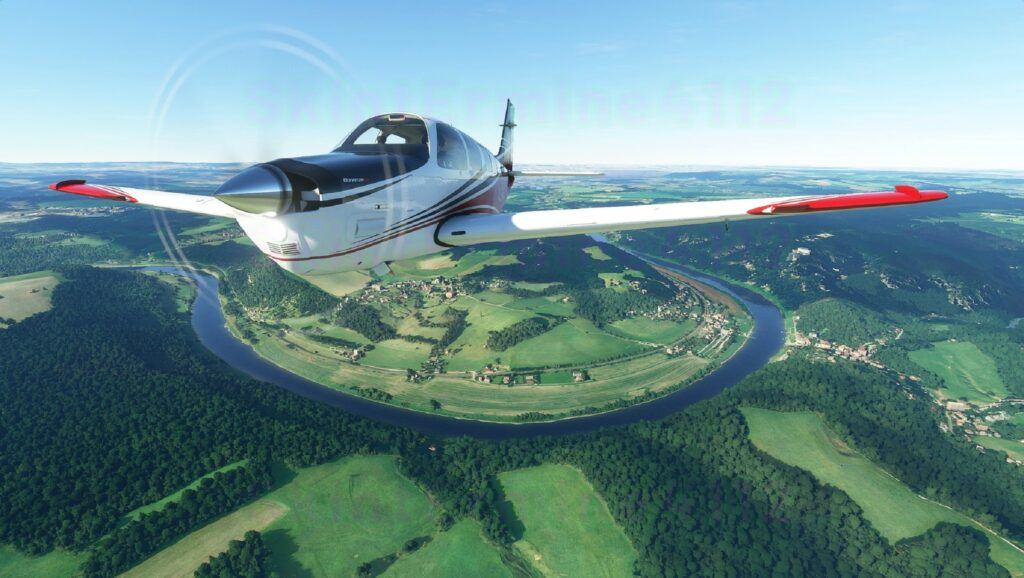 My experience with Beechcraft aircraft: 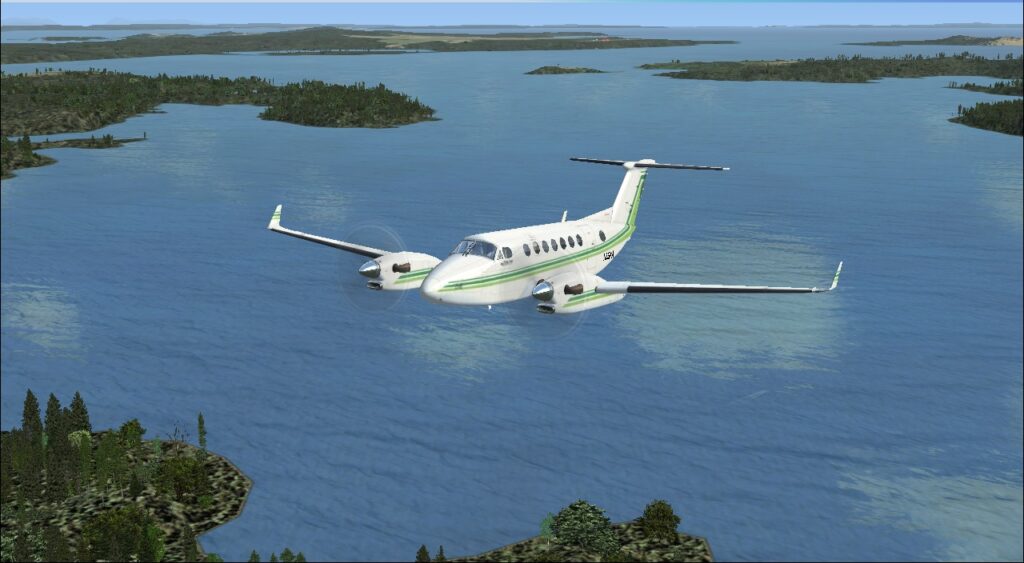 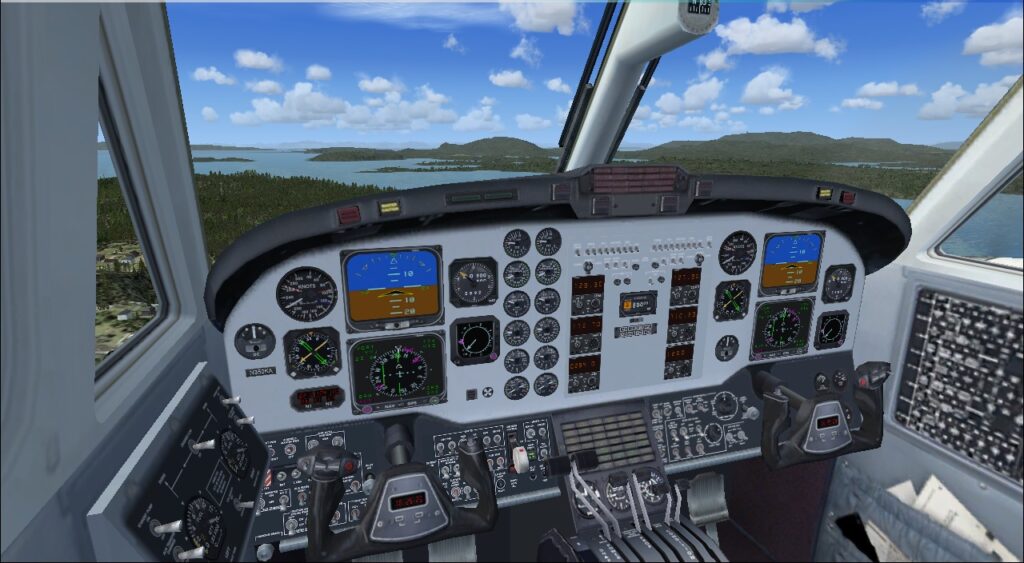 In Flight Simulator X, I mainly use Beechcraft for flying short distances and for exploring cities. The take-off and landing procedure is easy However before landing on a short runway, I need to reduce the throttle to idle and flap down. That is to slow the aircraft safely before it reaches the end of the runway. But for regular runway length, I can put the flap position on the approach. The plane has three flap positions: up, approach, and down. For taking off, I put the flap on approach and push the throttle to the maximum speed, and after take-off, I retract the flap to the original position.

These aircraft do have warning indicators, although no voice indicators like Boeing or Bombardier jets, and there is no speed indicator that indicates if the plane is over speeding. That is because they don’t travel fast as larger aircraft.  I can hear engine noise inside and out, and it sounds like real aircraft. 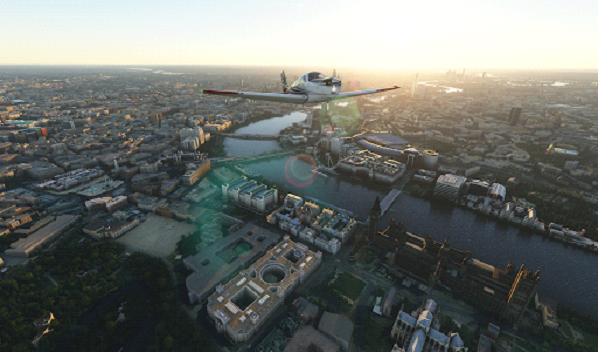 The annoyances are understandable in the light of Microsoft Flight Simulator’s amazing achievements. Poor frame rates aren’t enough of a cause to pass up the chance to explore the globe in a way that games haven’t before, and mastering its planes is a true payoff. Don’t anticipate perfection from the start.

Thank you for reading this article, and feel free to share your thoughts about MSFS aircraft in the comments below.