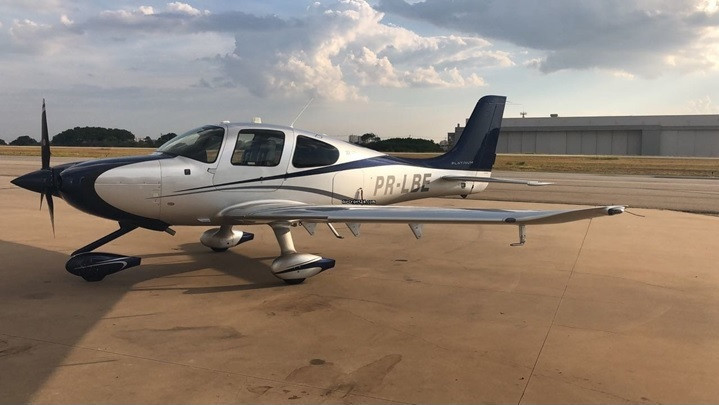 Cirrus Aircraft of Duluth, Minnesota, began producing the Cirrus SR22 in 2001. It is a single-engine four- or five-seat composite aircraft.

It’s a more powerful version of the Cirrus SR20, with a bigger wing, more fuel capacity, and a 310-horsepower (231-kW) engine.

The Cirrus SR22 is equipped with the Cirrus Airframe Parachute System, which is a whole-plane emergency recovery parachute system (CAPS).

The SR22 is a more powerful variant of the SR20, which was approved in November 2000. The plane’s production began in 2001. The SR22 is a composite low-wing cantilever monoplane with fixed (non-retractable) tricycle landing gear, a catering nose wheel, and differential braking on the main wheels for steering. It is powered by a 310 horsepower (231 kW) Continental IO-550-N piston engine located in the nose. Both sides of the fuselage have doors that lead to the four-seat cabin.

In October 2020, it was announced that a 2003 SR22 would be included in the Smithsonian Institution’s National Air and Space Museum’s upcoming general aviation exhibition “We All Fly,” which is planned to debut in 2022.

Cirrus announced performance and cosmetic enhancements to the G6 SR-series in January 2022, including a higher cruising speed of 9 knots (17 km/h), modifications to the mobile IQ software, USB-A and USB-C charging connections, and more. 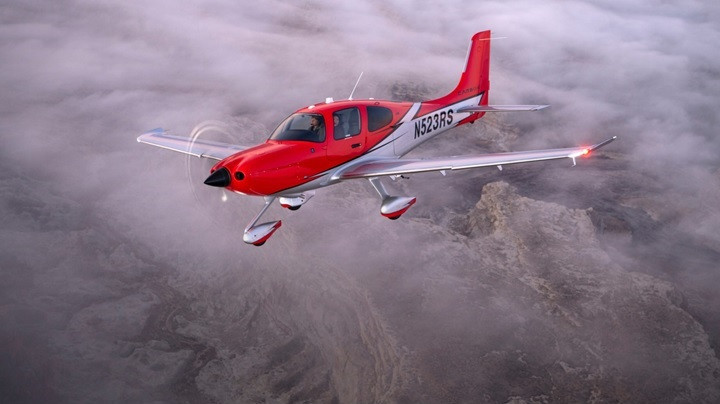 Cirrus launched the SR22 Turbo in 2006, with a factory-installed Tornado Alley turbo normalizing modification kit under a Supplemental Type Certificate. Twin turbo normalizers and twin intercoolers were added. Built-in oxygen and a Hartzell three-blade (later four-blade as an option) lightweight composite propeller is included in the retrofit. The conversion’s weight decreases the SR22’s useable load. The SR22 Turbo has air conditioning, but this limits the useable load even further. The turbo version has a certified ceiling of 25,000 feet (7,600 meters), a top speed of 219 knots (406 kilometres), and a maximum cruising speed of 211 knots (391 kilometres).

On January 12, 2009, Cirrus completed testing for flying into known icing conditions (FIKI). The TKS, Ice Protection System, was upgraded with a bigger fluid tank, allowing it to protect more parts of the aircraft. In April 2009, the FAA gave its approval to the new installation.

Cirrus Aircraft launched the first SR22 in 2001 from the icy environs of Duluth, Minnesota, and within two years, it had become the world’s best-selling General Aviation plane — a position it has held every year since.

Cirrus’ success can be attributed to two factors: revolutionary breakthroughs in design, technology, construction, and performance, as well as a never-ending quest for safety innovation.

The SR22 is a single-engine composite monoplane that evolved from the Cirrus SR20, which was the first GA plane to include a full-plane parachute system. The SR22 adds a bigger wing, additional fuel capacity, and a more powerful, nose-mounted 310-hp piston engine to the SR20’s hallmark side-stick flight controls and fixed tricycle landing gear.

From airframe changes, aerodynamic adjustments, and engine upgrades to developments in-flight envelope protection, better vision systems, fully-integrated flat-panel avionics, and even wingtip illumination, the SR22 family has experienced regular updates and improvements over the years. This ongoing expansion and innovation have helped ensure the SR22’s place atop the sales leaderboard, as well as in the hearts and minds of pilots all over the world.

The SR-series has deployed the parachute system 79 times, carrying 163 survivors as of September 2018.

That’s it. I’ve tried to give you all the necessary information about Cirrus SR22 and hope you’ve found this article useful. Before finishing the article, I wanted to ask if you’ve had any experience with Cirrus SR22 in real-world or Flight Simulator? What do you think about it? Did you enjoy it, or did you hate it?!

Feel free to share it in the comments below, and I would be more than happy to read them all!

Thanks for reading and see you soon in the next article.