Airbus A321 – Everything You Need to Know! 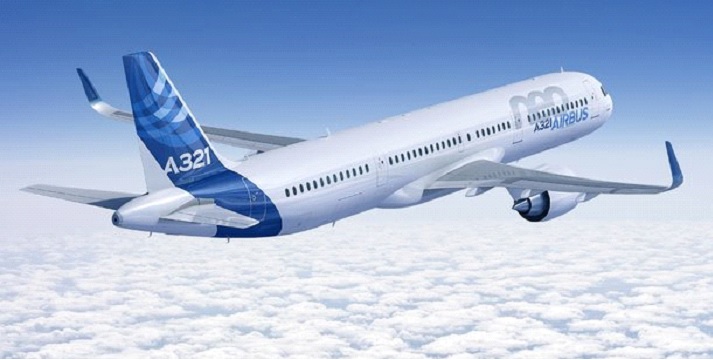 What do you know about this aircraft? It may be sufficient to know that it has two wings, two engines, and two hundred seats; nevertheless, if you want to feel like an expert, we recommend learning the following facts about this Airbus A321!

The Airbus A321 is one of the fastest jets with twin engines. It is manufactured since the 1990s in Europe and has been improving and undergoing design change since it is development. It is quieter than Boeing aircraft. The quietest is Airbus A380.

The interior design configuration were upgraded.

In order to fly this aircraft, pilot must earn their type rating.

What models are there in the A320 family?

Let’s take a quick look at other models of the A320 family are out there: 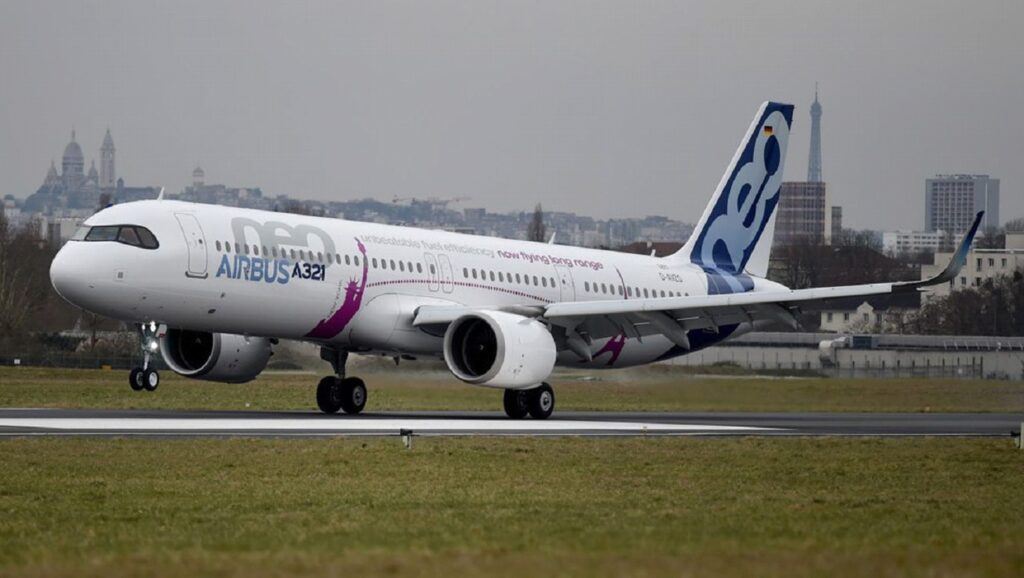 First and foremost, you should be aware that it is a member of the A320 family of single-aisle jetliners, which includes the world’s best-selling single-aisle aircraft. As a result, the A321 is the family’s largest member, and this aircraft features a stretched fuselage with an overall length of 44.51 meters, as well as a 3,000 nautical mile operating range while carrying a maximum passenger payload!

The A321-200 is a larger and more powerful version of the A321. It was released in the mid-1990s and had a larger range, and improved structurally. The A321-200 first flew in 1995, and it quickly became a favourite among commercial carriers.

The A321neo is the most fuel-efficient member of the A321 series. It’s 15% more fuel-efficient than the original A321, according to Airbus. The CFM International LEAP-1A and the Pratt & Whitney PW1000G are two new engine possibilities for the A321neo, according to Airbus. These engines, when combined with big shanklets, are responsible for their fuel efficiency. The A321neo first flew in May of 2017.

The A321 is a single-aisle aircraft with a narrow body. As a result, it is significantly smaller than many other commercial aircraft, particularly those with a wide-body design. However, because of its tiny size, the A321 is more fuel-efficient than many other commercial airplanes. Airbus even created a variation of the A321 family (see below) that prioritized fuel efficiency.

The A321 seats 185 people in a two-class configuration (16 in business class and 169 in economy), while charter and low-cost operators benefit from incomparable economics in high-density seating (up to 220 passengers). 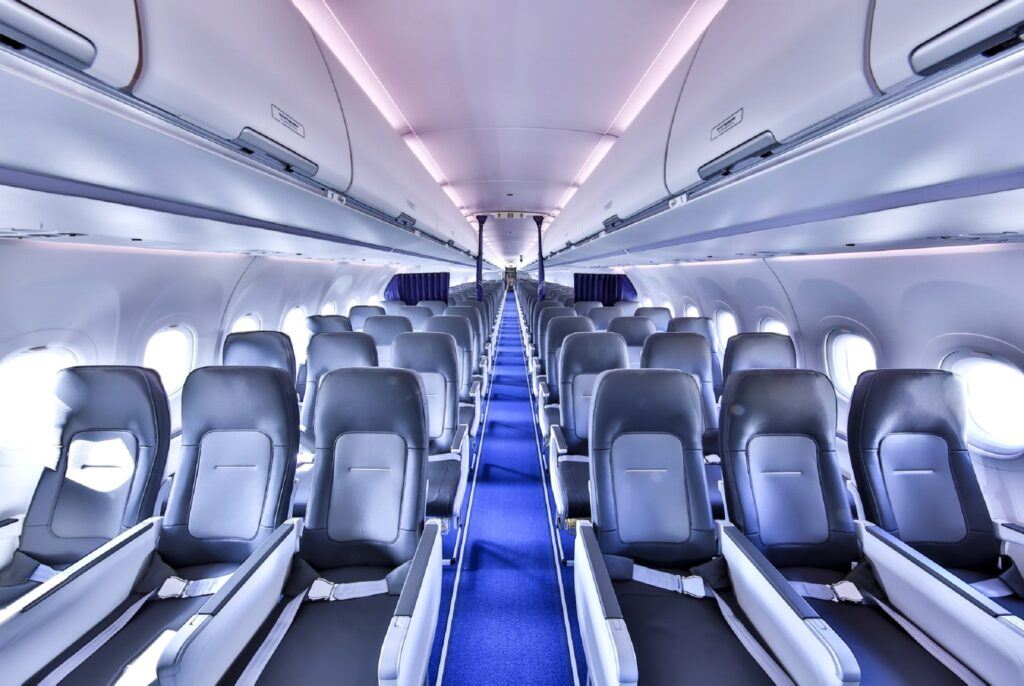 Also, it’s good to know that the cost of the airplane varies between $86 million and $115 million. 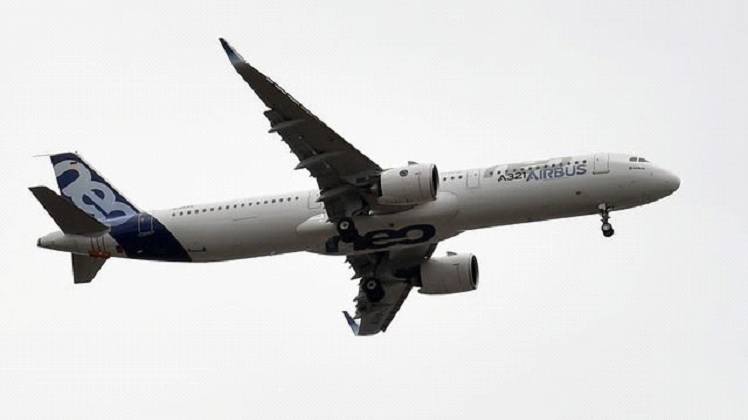 The A321 has the lowest fuel burn, emissions, and noise footprint in its class, just like the rest of Airbus’ A320 Family of jetliners. The A321 can fly longer routes, such as transatlantic trips from Europe to the US East Coast, because of its range of up to 4,000 nautical miles (7,400 kilometres).

There are different airlines around the world that uses Airbus A321. They are used for commercial and private purposes. It comes first with Lufthansa since 1994.

My experience with Airbus A321: 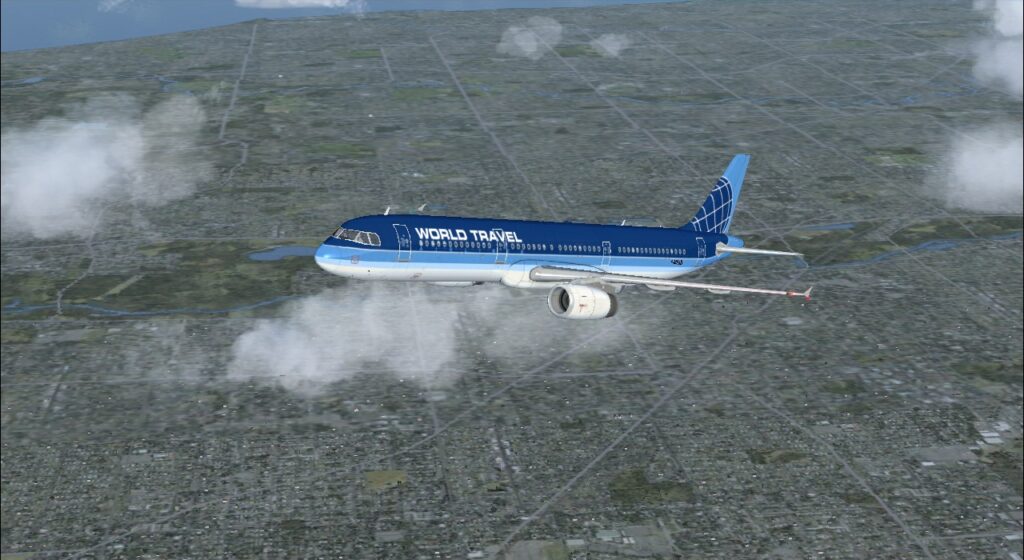 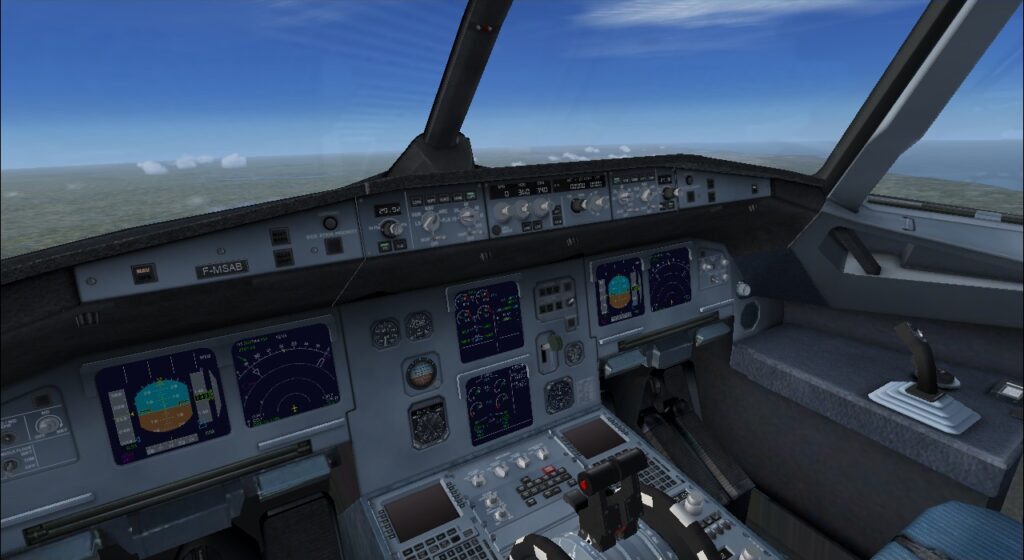 The Airbus is one of my favourite aircraft because it is easier to control than the Boeing 737 or 747. The cockpit interface is simple to navigate. In the above picture, there is a joystick on the right. There is also a wheel control for trimming the aircraft.

When using an autopilot and heading indicator, it responds and turns very fast compared to the Boeing 737. With Microsoft Flight Simulator X, I flew virtually from Africa to Europe and in North America. Landing the Airbus A321 is easier than the Boeing aircraft because it is easier to align on the centre of the runway.

There is a voice warning indicator if you put the aircraft’s nose down sharply or if you are flying at a very low altitude. Take action to save the plane from crashing. There is also a warning speed indicator if you are flying at a very high speed, so reduce the throttle halfway but don’t put it to idle. Before landing on the runway, I need to activate the speed brake(spoiler) to prevent the aircraft from overrunning the runway.

The minimum runway length for Airbus A321 to take off is 1800 metres and the maximum is 3000 metres. Use the speed brake if you are landing on a very short runway. Make sure to select a larger airport with a reasonable runway length. For more information about runway requirements click here.

Several airlines are having trouble filling their planes unless they run a skeleton service. As a result, the A320’s capacity may be more suitable for a variety of carriers in the current environment. Overall, in a period when airlines are increasingly concerned about efficiency, the one that matches demand on the spot would be the best option.

After all, when the A320neo was first introduced, Airbus stressed the plane’s efficiency. The planemaker claims that by 2020, the plane will save up to 20% on fuel consumption per seat. It also claimed that engine noise would be reduced by nearly half, and NOx emissions would be reduced by half compared to the previous industry norm.

Overall, the choice of which aircraft to fly is determined by the airline’s needs, and the A321 would be ideal in a robust market where carriers require additional capacity.