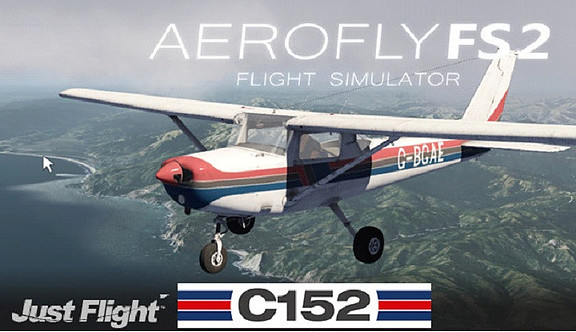 The Cessna 152 is a two-seat, fixed-tricycle-gear general aviation aircraft designed for flight training and personal use in the United States. It was based on the Cessna 150, but with a few small design tweaks and a somewhat more powerful engine that lasted longer between overhauls.

Although the Cessna 152 has been out of production for almost thirty years, many of them are still airworthy and used for flight training.

The Cessna 152 was a modification of the successful Cessna 150 design, first delivered in 1977 as the 1978 model year. The 152 was designed to compete with the new Beechcraft Skipper and Piper Tomahawk, which both debuted in the same year.

The Cessna plant in Wichita, Kansas, produced the vast majority of 152s, just like the 150. Reims Aviation of France also manufactured a handful of aircraft with the name F152/FA152.

The 152’s manufacturing ceased in 1985 when Cessna halted the manufacture of all of their light aircraft; at that time, a total of 7,584 152s had been constructed worldwide, including the A152 and FA152 Aerobat aerobatic versions.

Cessna indicated in 2007 that a light-sport replacement, the Model 162 Skycatcher, would be built, but manufacturing halted in 2013.

The Lycoming O-235 engine, which has been in production since 1942, was used in all Cessna 152s. The Lycoming outperformed the Cessna 150 not just in terms of engine power but also in terms of compatibility with the newer 100LL low-lead gasoline. 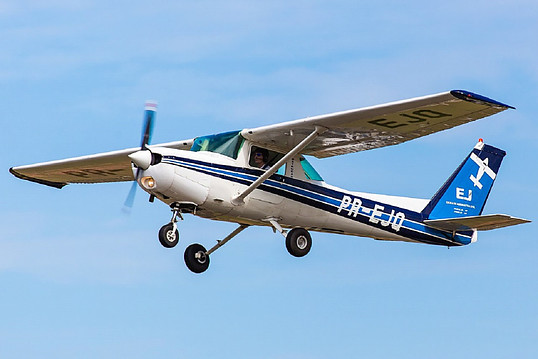 The airframe is primarily made of metal. With a riveted skin, it’s made mostly of 2024-T3 aluminium alloy. Glass-reinforced plastic components like wingtips and fairings are used. The fuselage is semi-monocoque, with vertical bulkheads and frames connected by longerons that run the length of it. The strut-braced wings feature a 1-degree dihedral angle and are strut-braced. Each wing’s tapering (outboard) component has one degree of washout (the chord of the tip section has one degree lower angle of attack than the chord at the end of the constant-width section). During a stall, this allows for higher aileron efficacy.

The nose bowl of the 1978 model is one piece, and replacing it necessitates removing the propeller.

Differential ailerons of the Cessna 152 move upwards and downwards by 20 degrees and 15 degrees, respectively. It has electrically controlled single-slotted flaps that open to a maximum of 30 degrees. The rudder has a ground-adjustable trim tab and may travel 23 degrees to each side. The elevators go up to a height of 25 degrees and down to a height of 18 degrees. The right elevator has an adjustable trim tab that is operated by a tiny wheel in the control console’s centre. In relation to the elevator chord line, the trim tab moves 10 degrees up and 20 degrees down.

The Cessna 152 has a fixed tricycle landing gear system. Tubular steel legs surround a full-length fairing with a staircase to access the main gear cabin. The main gear has a wheelbase of 7 ft 7 in (2.31 m).

An oleo strut connects the nosewheel to the engine mount, dampening and absorbing typical operating stresses. The nosewheel may be steered eight degrees on each side of neutral and can castor up to 30 degrees under differential braking. It has a spring linkage that connects it to the rudder pedals.

The braking system is made up of single disc brake assemblies that are mounted on the main gear and are controlled by a hydraulic system.

A parking brake system is also included with the 152. It’s activated by depressing both toe brakes and pushing the “Park Brake” handle to the left of the pilot. The toe brakes are then withdrawn, but the system pressure is maintained, leaving both brakes engaged.

A variety of STOL modification kits are available, some of which improve high-speed/cruise performance, but most of which focus on STOL performance. One of the more well-known of the latter is Horton’s STOL kit. Fitting a more cambered leading edge cuff to enhance the maximum lift coefficient, fences at the aileron/flap junction, and drooped wingtips are all part of the process. Because instrument error is considerable at high angles of attack, stalls with these adjustments are practically off the airspeed indicator. It has been claimed that by balancing power against drag, landings may be accomplished in two fuselage lengths with the kit fitted in addition to a taildragger modification. Depending on the surface, takeoff performance improves to varying degrees.

Various upgrades can improve the engine’s output, such as the Sparrow Hawk power package, which boosts it to 125 horsepower (93 kW). The Sparrow Hawk modification has the drawback of using pistons from the O-235-F series engine, which reduces the engine’s recommended overhaul period from 2,400 hours to 2,000 hours.

⦁ Flap gap sealing to minimize drag and boost the rate of ascent is another typical alteration.

⦁ Various wingtips, some of which promise to boost cruising speed and reduce stall speed.

⦁ STCs for car gasoline, which allow for the use of vehicle fuel rather than the more expensive aviation fuel.

⦁ Auxiliary fuel tanks are used to extend the range of the vehicle.

⦁ Replacement door catches for the OEM ones that frequently fail in service.

I hope you enjoyed reading this article and found all info you needed to know about Cessna 152. I’m sure that you’ll have a wonderful experience with Cessna 152 and it can take your flying’s experience to the next level!

Go any questions about this aircraft or have experience flying with that? Feel free to leave it in the comments below.